“We agreed that we will study the entire pricing mechanism and its contractual basis," Pashinyan told local journalists the next day, adding that negotiations on gas pricing are to be held in November.

Gazprom Armenia, the only gas distributor in Armenia’s domestic market, is wholly owned by Russian giant Gazprom. The latter’s wholesale price for Armenia is $150/’000 m3 ($4.16/mn Btu) and its retail gas sales price is $286/’000 m3 ($7.94/mn Btu), both relatively very cheap by the international markets. But with the exception of Turkey, Armenia has the highest gas retail price of its neighbours, although retail gas prices in Russia, Azerbaijan and Iran range widely according to various factors, including seasonality, consumer sector, and consumption levels.

In 2013, Gazprom and Armenia signed a sales and purchase contract for 2.5bn m3/yr until 2018. Iran also supplies gas to Armenia, but that is in exchange for electricity at a rate of 1 m3/3kWh. 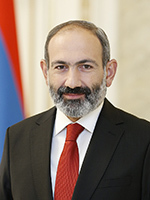