After more than a year of discussions, the Argentine government has finally made official the stimulus to gas production to guarantee large-scale production by 2021 to serve the domestic market and guarantee financial returns to operators. 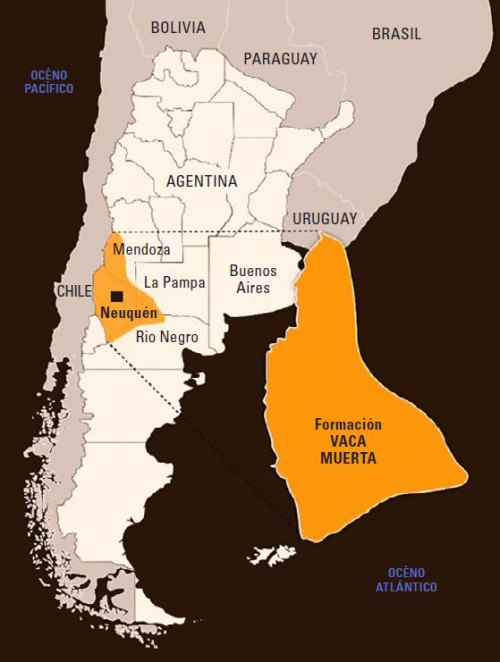 Nicknamed Plan Gas 4 as it lasts four years (2021-24), the announcement was made October 1 by the minister for productive development Matías Kulfas. The programme starts up later in October and will involve the country's main producers. The official date of releasing the plan is scheduled for October 10 by the president of Argentina, Alberto Fernandez. According to Kulfas, the initiative will launch “a strong policy that is compatible with the economic cycles and allows us to save on imports and, therefore, monetary resources."

The main points of the plan are designed to:

1)     Create a production team to ensure roughly 70mn m³/day of gas, of which 47.2mn m³/day are to come from the Neuquen region, home to part of the Vaca Muerta basin – the most prolific area of Argentina’s oil and gas. The remaining gas will come from the southern basin (20mn m³/d) and the northwestern Argentine region will contribute 2.7mn m³/d.

Vaca Muerta, which spans 7.5mn acres and four provinces –  Neuquen, Mendoza, Río Negro and La Pampa – is touted as the world’s largest after the Eagle Ford in the southern US, according to the Energy Information Administration (EIA).

2)     Establish direct contracts between producers and distributors of natural gas, on one hand and power generation plant operators on the other.

3)     Companies are to undertake to maintain or increase gas production in order to ensure there is enough gas to meet domestic demand.

Natural gas production in Argentina, which had started to boom during the previous administration of Mauricio Macri thanks principally to the Vaca Muerta shale formation, has been hit by the coronavirus and by the deteriorating economy.

Now, Argentina is running out of time: gas wells in all the producing basins are declining owing to a lack of investment.

This trend is only reversible with new investments and this is true in particular for the Vaca Muerta.

During a second quarter earnings call, the CEO of Argentine state-owned YPF Sergio Affronti highlighted the potential gas plan, saying the operator would take part in it. He said it would bring stability and normality to the market for the next four years. "The plan might bring new investment and reduce the need for imports during peak months," he said.

Affronti said in a conference held in the province of Neuquen that YPF was going to set up two drilling rigs and a hydraulic fracture set in Vaca Muerta by the end of this month, showing the  state-owned company's intentions to resume activity gradually.

Concerns about the Plan

"There are other market pricing and contracting mechanisms that could be more efficient while providing the oversight the Argentinian gas market needs," Chavez said.

He also pointed to the fact that Argentina has natural resources to provide competitive energy services to its population and industries. "Despite good intentions, government intervention in markets can have unintended consequences. The combination of the energy transition, and the potential Argentina has in both the Vaca Muerta and its conventional plays should prompt a shift to a market driven by efficiency. This would drive investment, employment, royalties and help the trade balance, ultimately benefiting Argentina as a whole," Chavez said.

Days before the launch of the Argentine's new incentive programme for gas production, senior oil industry executives from Anglo-Dutch major Shell, Italian-Argentine joing venture Tenaris and US major ExxonMobil effectively ruled themselves out of the gas production drive.

They said that instead of gas, Vaca Muerta's focus had to be on oil exports. For them, they said, gas production in the Neuquen basin was a few years off, at least, owing to the lead time needed.

The local heads of Shell, oil field services company Tenaris and Exxonmobil – Sean Rooney, Martínez Alvarez and Daniel de Nigirs respectively – participated in a webinar event "Energy Outlook: A Look at the Future for Argentina", carried out by AmCham (US Chamber of Commerce in Argentina), within the framework of webinars cycle created in conjunction with the Argentine Institute for Petroleum and Gas (IAPG).

De Nigris said that one of the things that had sustained activity this year was the crude exports. "Operators in Vaca Muerta kept their oil production and exported. For this reason, we see crude oil exports as a very positive opportunity in the short or medium term, with a high level of revenue and fiscal improvement for the country and with the infrastructure that is already available," he said.

Alvarez said that gas was the better opportunity for the country a couple of years ago. “However, in the next two years, Argentina needs to change and focus heavily on oil as an export alternative," he said, adding: "I see the opportunity for gas again two years from now and this is due to the large capital investments needed to produce gas."

He said in the meanwhile, Argentina needs to work towards boosting gas production capacity and try to self-supply the country's needs. "Future expectations will depend on the sector's rules and predictability. Gas is seen as a transition energy source in a world that is cleaning up its energy matrix and that should be in the medium and long term," he added.

Rooney highlighted Argentina's oil exports during the pandemic and said that "over the next two years there will be significant oil exports. So, we will have gas exports in the form of LNG.”

In fact, Argentina saw oil exports rise by a third year on year in the first half of 2020, reaching an average of 51,840 barrels/day from 44,928 b/d according to data from industry group Argentina Oil and Gas Institute.

The increase came largely because of a decline in demand during the lockdown, which began March 20 and lasted until the end of August 30.

The three senior executives said they were optimistic about the development of the abundant natural gas resources in Vaca Muerta, but money is scarce and that is what it needs. Rooney said: “In the last few years, we have seen changes in laws, policies and changes in confidence that go against investments in energy."