From the Editor: Ammonia as fuel…what about the food? [Gas in Transition]

If 2020 was characterised by hydrogen fever in the energy world, ammonia as a potential shipping fuel has leapt to the fore early in 2021.

An international joint venture in Singapore, including Singapore’s Keppel, Japan’s Sumitomo, Denmark’s Maersk, Norwegian fertiliser maker Yara and Hong Kong’s Fleet Management, has been set up with the aim of developing specialised infrastructure for ammonia refuelling. The intention is to establish a full chain from production to storage and redistribution.

In the EU, a coalition of industry groups and companies have called on the EU to support both hydrogen and ammonia as shipping fuels in the upcoming FuelEU Maritime initiative. And, also in March, Lloyd’s Register approved a design for an ammonia-fuelled gas carrier developed by Finland’s Wartsila and China’s Jiangnan Shipyard, which has been proposed by ammonia and LPG shipping company Exmar. 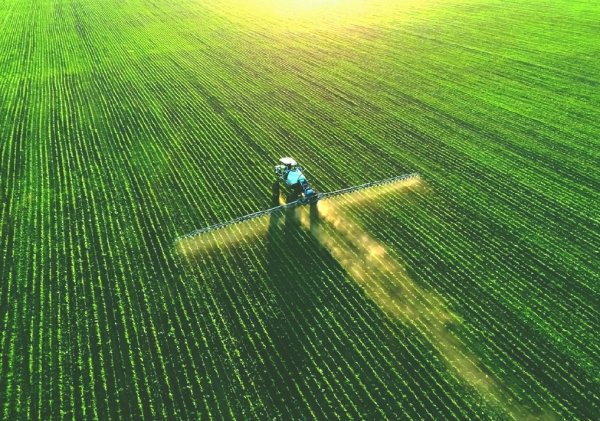 Like all alternative fuels, ammonia has pros and cons, one of the former being that it is an established commodity produced in bulk for and by the fertiliser industry. Production, transportation and handling are therefore well understood, although not in the context of fuel supply chains, where new regulations and safety procedures would have to be developed.

There are also different possibilities for ammonia’s use as a fuel – direct combustion in yet-to-be-developed internal combustion engines, a solution expected to require significant quantities of pilot fuel, as a direct fuel for fuel cells to convert to electricity or as an intermediary hydrogen storage medium, with the ammonia reformed back into hydrogen to power a pure hydrogen fuel cell.

Ammonia requires specialised, pressurised equipment to store and distribute as a liquid, but it does not need cryogenic treatment. However, this avoided cost may be offset by the need for specialised materials and equipment to deal with its high level of reactivity, corrosiveness and toxicity. It has a higher energy density than other alternative fuels, but still requires 2.4 times the storage space of oil fuels to deliver the same energy value.

More on the pros and cons of ammonia can be found in a study by the American Bureau of Shipping published in October last year, accessible here.

However, ammonia’s most salient characteristics do not lie in its chemical properties, but in the fact that it would provide a direct link between agricultural markets and transport.

Nasdaq reported in March that the new US administration’s push for green fuels was driving up edible oil prices, creating fears of global food price inflation and hitting low income consumers in developing countries. This has happened before – the biofuels experience has already demonstrated that linking fuel and food markets can have serious and unwelcome feedback effects.

Similar concerns would arise if transport markets started to outprice agricultural markets in the hunt for ammonia because it would drive up the cost of fertiliser, which in developing countries in particular, is very politically sensitive.

If, as demographers predict, the world population increases from around 7.8bn today to 9.7bn in 2050 -- the point at which net zero carbon targets are to be achieved -- it is not rocket science to suggest that ammonia will be in high demand regardless of its use in transport.

Ammonia is a derivative of hydrogen and thus, under current production methods, of natural gas. To produce green ammonia requires the production of green hydrogen, the ultimate source of which is renewable energy, such as solar and wind power.

There is no question that renewable electricity generation must increase rapidly to decarbonise existing power systems. But then it must expand even more to meet the growing stack of demands to which green hydrogen is posited as the answer.

Yet green hydrogen production today is negligible and expensive and the ‘surplus’ renewable electricity required to produce it is surplus only because of a lack of electricity storage capacity.

Moreover, to meet 2050 targets, it is important to realise that time is short, really short. A move to hydrogen and or ammonia requires technological change and adoption far faster than any previous fuel transition, although they were not driven with the threat of climate change looming overhead.

As a result, the use of blue hydrogen – hydrogen made from natural gas with emissions captured and stored – looks like the only practical way to generate enough clean hydrogen at a reasonable cost in the required timeframe. In the interim, LNG, the carbon footprint of which producers are seeking to reduce, will be needed not just as an interim maritime fuel, but as a bulk commodity to feed the world’s fertiliser, blue hydrogen and ammonia plants.

The reality is that within the space of 30 years, a green hydrogen economy is unlikely to be achieved, but a blue/green hybrid could be.

Moreover, the rate of expansion of green hydrogen is likely to be quicker in tandem with blue because early hydrogen availability at scale will create the market into which green hydrogen can then feed. Policy support should be directed at both, bearing in mind the timescale, but also that green hydrogen is the ultimate goal, even if it takes until later in the century to become a globally available fuel.