NGW: What does a European Green Deal mean for the gas industry?

Eurogas: The EU’s goal to be climate neutral in 2050 means it has to find the right stepping-stone for 2030. [New European Commission president] Ursula von der Leyen believes 50% or 55% [emission reductions relative to 1990] should be the 2030 target. With the centre-right EPP [the largest group in the European Parliament] rallying behind 50%, we may as well accept that 50% – at least – is going to be the target. It's unlikely member states could get away with less. 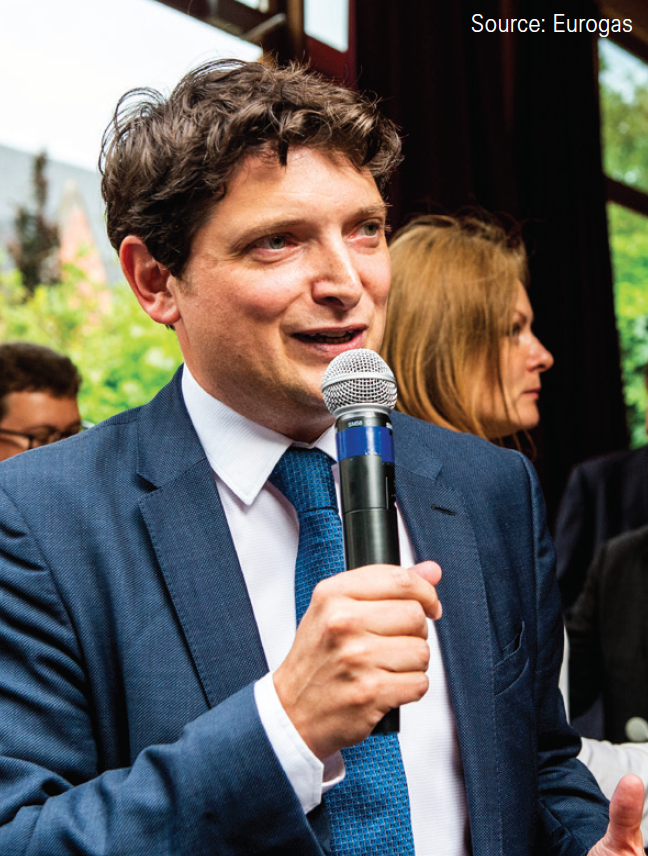 Our view is that gas will play a major role in delivering it. Gas is affordable and abundant. LNG markets are extemely liquid at the moment and the price is as good as piped gas. If you want to reduce emissions by 50-55% in 2030 you are going to do it with gas. A study we did in 2017 showed that a coal to gas switch in power generation alone in Europe would deliver 45% emission reductions in 2030 [up from the current 40% target].

NGW: How do we realise a big coal-to-gas switch?

Eurogas: You need to make sure you have an EU ETS working as efficiently as possible. We’re at about €25/metric ton of carbon today. If you double it, you’re already going a long way and if you double it again, you’re going to enable technologies like CCS. Gas was already replacing coal this summer in Germany. When you’re cheap, people buy you. But [because in the end LNG will still be more expensive than lignite or heating oil] you need a solid carbon price.

What kind of carbon price we get to depends on what kind of EU ETS reform the EC proposes. If they bring buildings and maritime transport into the scheme, it could really drive the price up. But we don’t know what they will do. Internally we are looking at CO2 pricing of some sort for the non-ETS sector.

NGW: Is there still a role for CCS in power generation?

Eurogas: We talk about pre-combustion - not post-combustion - CCS these days so the end use could be anything. We’re looking at how you split gas at landfall so your volume of natural gas is turned into hydrogen at landfall. The plan is to take care of the CO2 problem before it gets to the consumer, whoever the consumer is. It’s true that most projects are now directed at high-temperature heating and industrial processes, but certainly some studies out there, such as one by consultancy Navigant, still have quite a lot of hydrogen going into power generation.

There are three flagship CCS projects to watch in Europe. One is Porthos at the Port of Rotterdam in the Netherlands. The second is Northern Lights, another project to store CO2 under the North Sea. And the third is H21, which is a plan to switch all the heating in Leeds [UK] back to hydrogen. It’s a kind of back to the future project because the town used to run on a 50%+ hydrogen mix. If these projects work, that will really show a way forward for CCS, at least for northwest Europe.

For the rest of Europe we see more potential in pyrolysis, which you could apply to the TAP [Trans Adriatic Pipeline] pipeline, for example. With pyrolysis you produce carbon black [rather than CO2] when you produce hydrogen. Companies like BASF have shown it is possible at small scale, but the question is how to scale it up and at what cost. Carbon black is inert and therefore easy to store.

NGW:  Will ‘green’ gases such as hydrogen and biomethane deliver?

Eurogas: We support the European Green Deal and carbon neutrality in 2050 because we believe in hydrogen and biogas. In its “1.5TECH” scenario [one of the scenarios for climate neutrality in 2050], the EC models gaseous fuel consumption at only 28-29% less than today. But almost all of that is hydrogen and carbon-free gases. Only a rump of natural gas would survive in 2050.

The question is how to get from 95% natural gas to a future where about 80% of that gas is carbon-free or hydrogen? A carbon price is a good mechanism because it first drives out coal and [heating] oil and second, it will push in the new gases. As the CO2 price goes up, hydrogen and biomethane will become as competitive as natural gas.

A higher EU ETS price alone will not create a hydrogen economy, however. We need targets. We are currently carrying out a study to work out how much renewable gas you need in 2030 and 2040 if 80% of it has to be renewable in 2050. If you give member states a target, they will provide incentives to meet it. We believe the best support mechanism would be tenders [for public support], but feed-in tariffs are fine too. France is using feed-in tariffs to support a 10% renewable gas target for 2030.

Now all eyes are on Germany. Every German company is in favour of targets. In our view, they're coming. And if Germany and France have targets, the EC will be under enormous pressure to respond.

We expect some indication in a German strategy of where hydrogen will go. For example, will it be used in power generation? I visited a combined heat and power plant moving from coal to gas recently. The CCGT is 30% hydrogen ready. They have space on-site for an electrolyser and hydrogen storage. If such investments are being made, it’s because energy companies anticipate a future for hydrogen in power production. Some of the national climate and energy plans for 2030 [that member states have to submit to the EC by end 2019] only talk about hydrogen in transport but that would be a missed opportunity.

NGW: What are your top priorities for a future EU gas package?

Eurogas: We thought the “gas" or as it’s now called “decarbonisation" package would be the next major legislative initiative before the Green Deal came along. Now the package is only due out in 2021. Our view is that it has to be part of the Green Deal.

A key issue for us is the ownership of electrolysers and steam methane reformers. Our view is that these should be left to the market. If no one in the market steps forward, then we could accept the regulated asset base doing it under strict criteria, for example for a limited period, similar to what’s possible for electrical storage.

NGW: Can we still justify investments in new gas infrastructure?

Eurogas: Yes we can. The European Investment Bank (EIB) has gone in the right direction. It will continue to fund pure natural gas infrastructure over the next two years. After 2021, you will need to demonstrate your commitment to decarbonised and renewable gases. The bank will still finance small, efficient gas boilers beyond 2021 [without a requirement for renewable gas compatibility]. Replacing coal with gas boilers could reduce carbon emissions by around 40% from the European heating system.

NGW: Thank you very much.