The economic incentive to increase market share is pushing Gazprom to export more than the 2016 record level to Europe (151bn m³*). In its H1 17 results[1], Gazprom sales to Europe (EU & Turkey) were up by 9%. So, EU-27 dependency on Gazprom gas (35% in 2016) is likely to go up this year as mentioned in previous monthly updates. 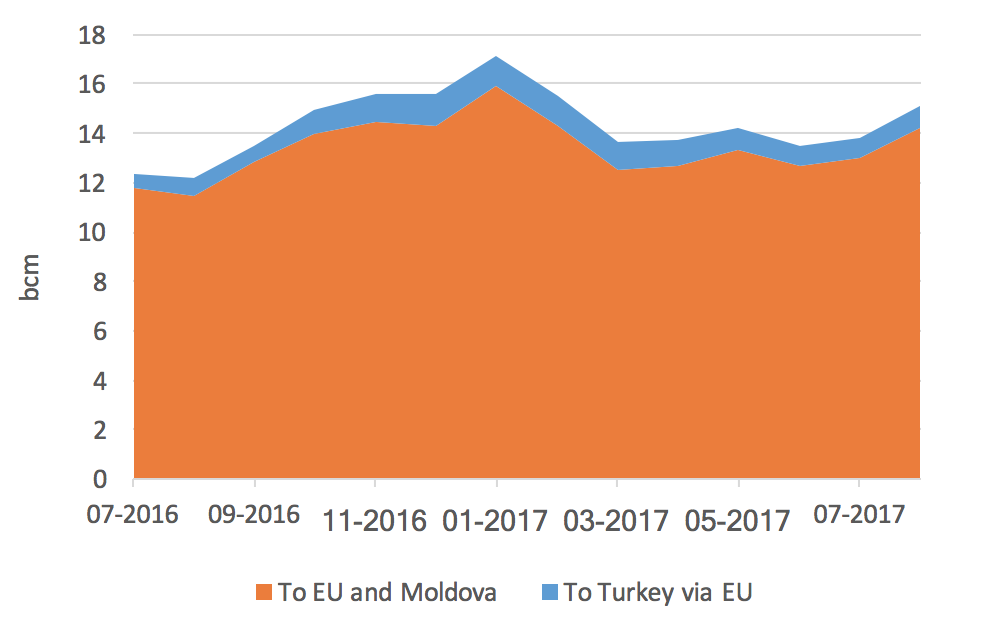 And the trend is continuing; in August, Russian gas flows to EU and Moldova were up again. With more than 14bn m³ we are close to exports recorded normally in winter months… 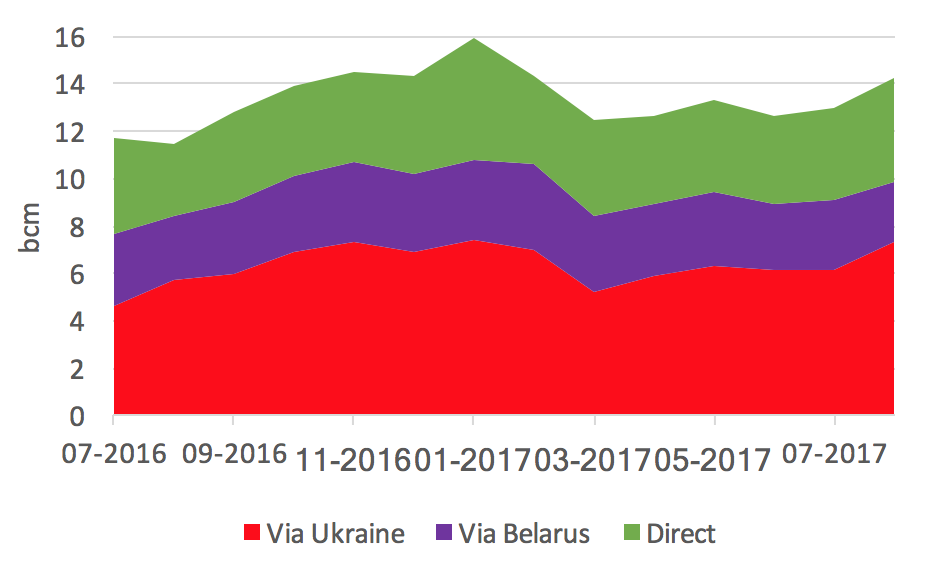 In August, Gazprom did not use all the Nord Stream 1 capacity made available following the lifting of the restriction on capacity in Opal. If we compare August 2017 with January 2017, direct flows from Russia to EU were 2bn m³ higher in January while flows through Ukraine were nearly at the same level. This tends to prove that Gazprom could, in the coming months, switch 2bn m³/month away from Ukraine. As 82.2bn m³ transited provided Naftogaz with $2.3bn revenues in 2016 (ie $28mn/bn m³ transited on average), such a rerouting would negatively impact Naftogaz transit revenues by $56mn/month at the full benefit of Gazprom, as it does not cost the latter much more to operate Nord Stream 1 at full capacity compared with the regulated cap set in the past.

*European m³ except where stated otherwise.