For those who fear the worst for the prospects for gas in Europe, Dusseldorf was not a reassuring place to be these last few days. That’s because the highlights of the tenth annual European Gas Summit organised by Platts (part of S&P Global) in the German city persistently returned to the themes that demand forecasts are always too high, that the industry is behind the curve in responding to public concerns about carbon emissions; and that the much-trumpeted prospective sources of supply, notably LNG from the US and eastern Mediterranean, may simply find no room in the European market.

This approach was kicked off by the veteran gas trader Wolfgang Peters, who blamed the European Union as much as Russia for damaging the reputation of gas as a speedy and cost-effective way of tackling CO2 emissions. “The European Commission will not acknowledge there has been reputational damage to natural gas,” said Peters, who formerly headed RWE’s supply and trading operation in the Czech Republic. “Gas advocacy should be more assertive," Peters said. “Even without a subsidy, it can make a huge contribution to the reduction of greenhouse gas emissions.”

Peters – who at RWE championed the original Southern Gas Corridor project, the Nabucco pipeline, to bring gas from the Caspian to Europe – said the new SGC, operated by Socar, BP and others, would struggle to secure much further input in the near future to enable it to operate at anything like its planned eventual capacity of 31-32bn m³/yr to Turkey and 20bn m³/yr to Italy.

“The elephant has given birth to a mouse,” he said of the $40bn SGC project, which in its first phase is to carry 6bn m³ to Turkey and another 10bn m³/yr towards Italy. Likewise, Cypriot analyst and NGW contributing editor Charles Ellinas doubted that gas from the eastern Mediterranean would reach Europe soon, and wondered whether this was truly appreciated by political leaders in Israel and, especially Cyprus, who hope that their countries will eventually reap rich rewards from gas exports. “The message that the EU is oversupplied and is not interested in eastern Mediterranean gas is not getting there,” said Ellinas.

Much US gas could stay in the US

In the supply context, however, the most striking remarks came from Trevor Sikorski of Energy Aspects. US LNG, he said, may stay in the US. Although US companies have the capacity to export, the actual gas may wind up serving as an option for export, rather than as a mainstay of global trade. The rest of the world may not need it, he argued, and if the Russians and Norwegians keep prices low in Europe, there may be relatively little US LNG coming to Europe. Subsequently conference chairman Stuart Elliot, summing up the first day’s discussions, noted that Russia and Norway were on track to achieve record exports in 2016, “which suggests there may be something like a price war.”

Curiously, Sikorski’s remarks on Tuesday and Ellinas’s comments on Wednesday virtually sandwiched the news of the arrival in Turkey on Tuesday of the country’s first cargo of imported US LNG.

Sikorski was not all doom and gloom. Along with Platts’ Melanie Sawaryn, he saw opportunities in coal to gas switching. Sikorski suggested that in theory the market for gas-fired generation to replace coal could reach as much as 70bn m³/yr. But he did not think this scale was actually practicable because a lot of the dormant CCGT plants were in countries like Italy that were not using that much coal in the first place. Sawaryn said there were opportunities if the spark spread is positive and that this appeared to be the case right now. But she added that gas prices would have to remain low to enable gas to profit from this.

A more cautionary approach came from the Anouk Honore, of the Oxford Institute for Energy Studies, who remarked: “Gas to power still has a chance. But it should not miss it. The key is what is going to happen to IED.” She was referring to the European Commission’s Industrial Emissions Directive. 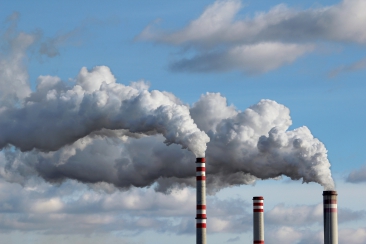 Rannveig Stangeland, Vice President for Governmental and Regulatory Affairs at Statoil’s MMP Marketing and Trading unit, discussed two main themes: diversity of supply and the need for stability of regulation. Southern Europe, Stangeland said, was suffering from lack of diverse sources. To overcome this, Europe should push for new infrastructure projects, both to ensure that gas can flow from north to south and from east to west, and also to improve liquidity. However, she warned, “most projects fail to get off the ground because they fail to attract investors due to policy and regulatory issues.”

The Statoil executive continued: “Political leaders give mixed signals. They push for new infrastructure but publish strategies to reduce the use of gas, thereby undercutting their goal of new infrastructure. Stangeland also took aim at policy-makers for failing to tackle the issue of coal emissions. “When it comes to Germany, reducing the use of gas has not made the economy greener,” Stangeland said. “With the exception of the UK, Europe has relatively little to show when it comes to tackling coal.”

Ludwig Mohring, managing director for sales at Wingas, argued that Germany might have a vision of a fossil-free energy sector by 2050 but that its approach to achieving that objective seemed to rest on continued reliance on coal. He appeared to be arguing that Germany would simply continue to burn coal, prompting one conference attendee to remark, “the Germans will have used up all their emissions permits well before 2040.“ For Mohring, “the most efficient way to get out of CO2 is the real integration of renewables and gas.” At present, he said, the international focus remains on “renewables at all cost.” To counter this, Mohring argued, “gas has to seek allies.”

There was a considerable stress on gas advocacy and how the industry is not pulling together. In a fiery presentation, Norwegian analyst Karen Sund argued that gas is an industry full of competitors and they are not good collaborators, yet they needed to collaborate to promote gas. She castigated the industry for being stuck in a time warp saying: “Keep going as you are if you want to die in the next 10 years. If you want to survive for another 15 or 20, then adapt.”

Domestic consumers, Sund argued, increasingly considered gas to be old-fashioned – they wanted electricity but were ever more inclined to get it from solar panels on their roofs or any other form of renewable energy in the public eye. She added: “When you are in a buyer’s market, you don’t get to decide what’s best for your consumers. The customer will choose.”