Eni to Invest €21bn in Italy over 4 Years

Eni said May 11 it will invest €21bn ($23bn) over the next four years in Italy as what it called “a drive to transform all of its business sectors, from upstream to refining and chemicals, from power generation to remediation.”

It made the announcement during a visit that day by Italy's prime minister Paolo Gentiloni with Eni CEO Claudio Descalzi to the company’s laboratories in Bolgiano. The company however did not respond to an NGW query about how much of the figure would be targeted at Gas & Power, and gas E&P.

In its strategy presentation in March, Eni said its planned global capital expenditure over 2017-20 would be €31.6bn.

Speaking May 11, Descalzi said Eni had invested €15bn over the last three years in Italy.

E&P would continue to be Eni’s growth engine, he said, acting as “a bridge to the energy landscape of the future” with the company maintaining its production levels in Italy by continuing to focus significantly on gas, while studying how to use decommissioned platforms to produce energy from the wind and sea. Eni also said it is producing biofuels at its reconfigured Venice refinery and plans to invest €420mn to do the same at its Gela refinery. 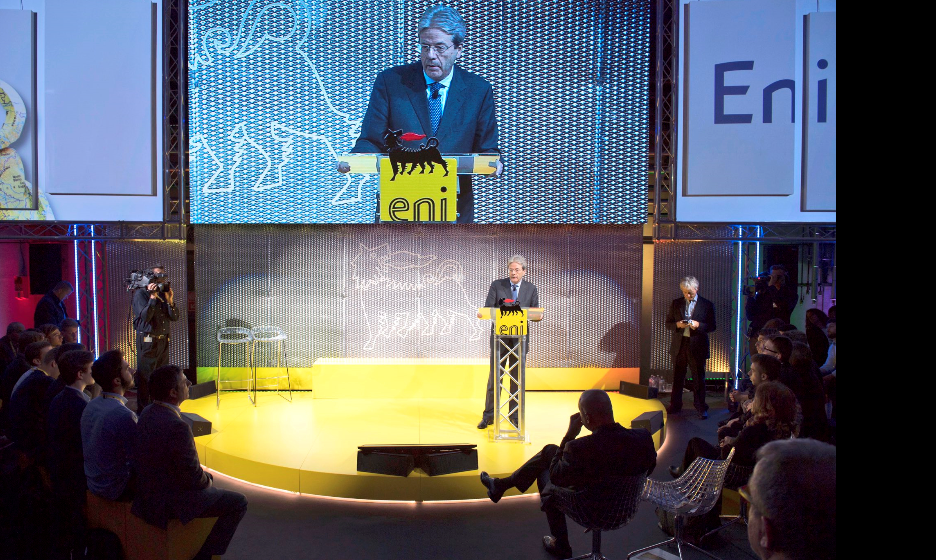 Last year too Eni outlined a goal of producing 220 MW from renewable plants in Italy by 2020.

Last month the firm started up its HPC3 supercomputer in Italy, designed to boost its E&P division’s computational capacity, with an even more powerful HPC4 scheduled to start up early 2018. Such facilities speeded up exploration and appraisal of its giant Egypt Zohr gas find.