According to statistics, released by the state customs committee it exported 8.432bn m³ in 2015.

The customs committee pointed out that last year the gas exports accounted for 10.62% of the state's income from exports, compared with 11.82% in 2015.

In 2016 the country produced 29.4bn m³ of gross gas, almost unchanged year-on-year; but the country increased gas re-injections at the Azeri-Chirag-Guneshli block (AGC) to maintain oil production level in 2016.

Recently, Khoshbakht Yusifzade (pictured) the first vice-president of state-run oil company, Socar, said that the country had exported 5.9bn m³ of gas to Georgia and 43.8bn m³ to Turkey cumulatively by means of the South Caucasus Pipeline as of January 1. 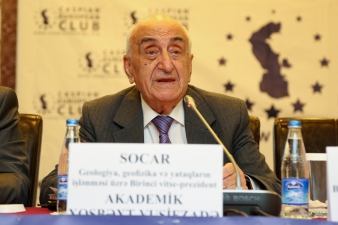 Can Azerbaijan step up as a supplier for southeast Europe? [Gas in Transition]